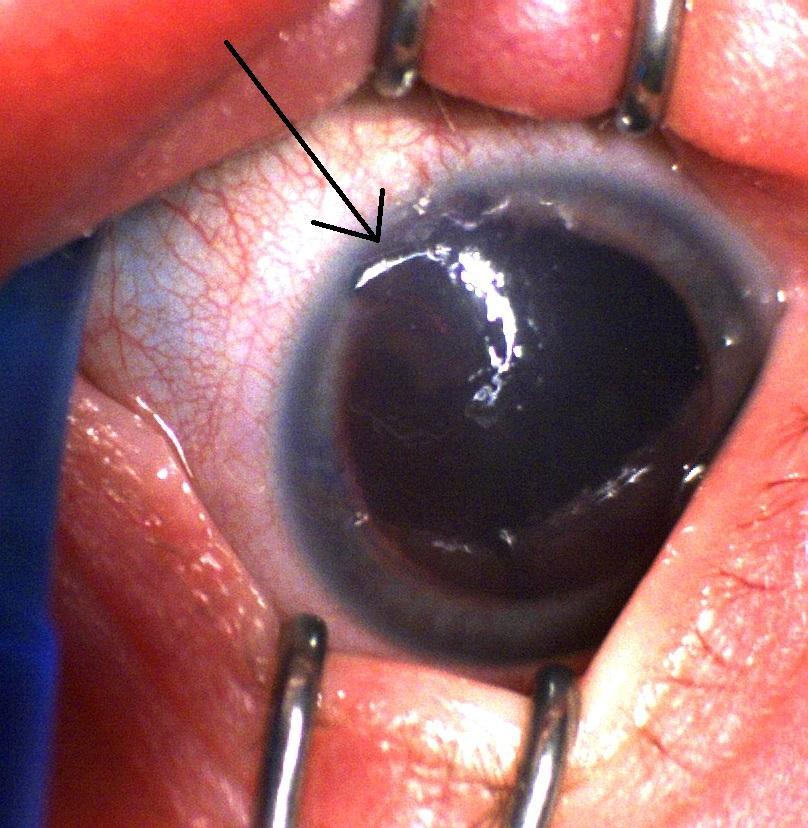 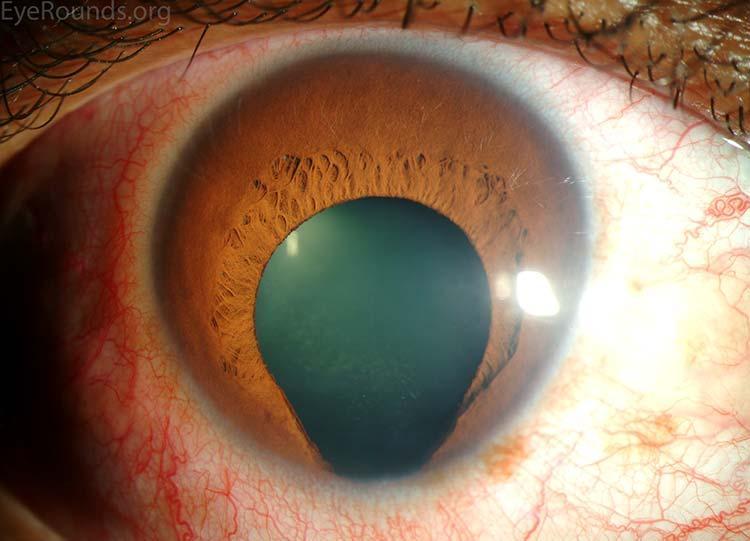 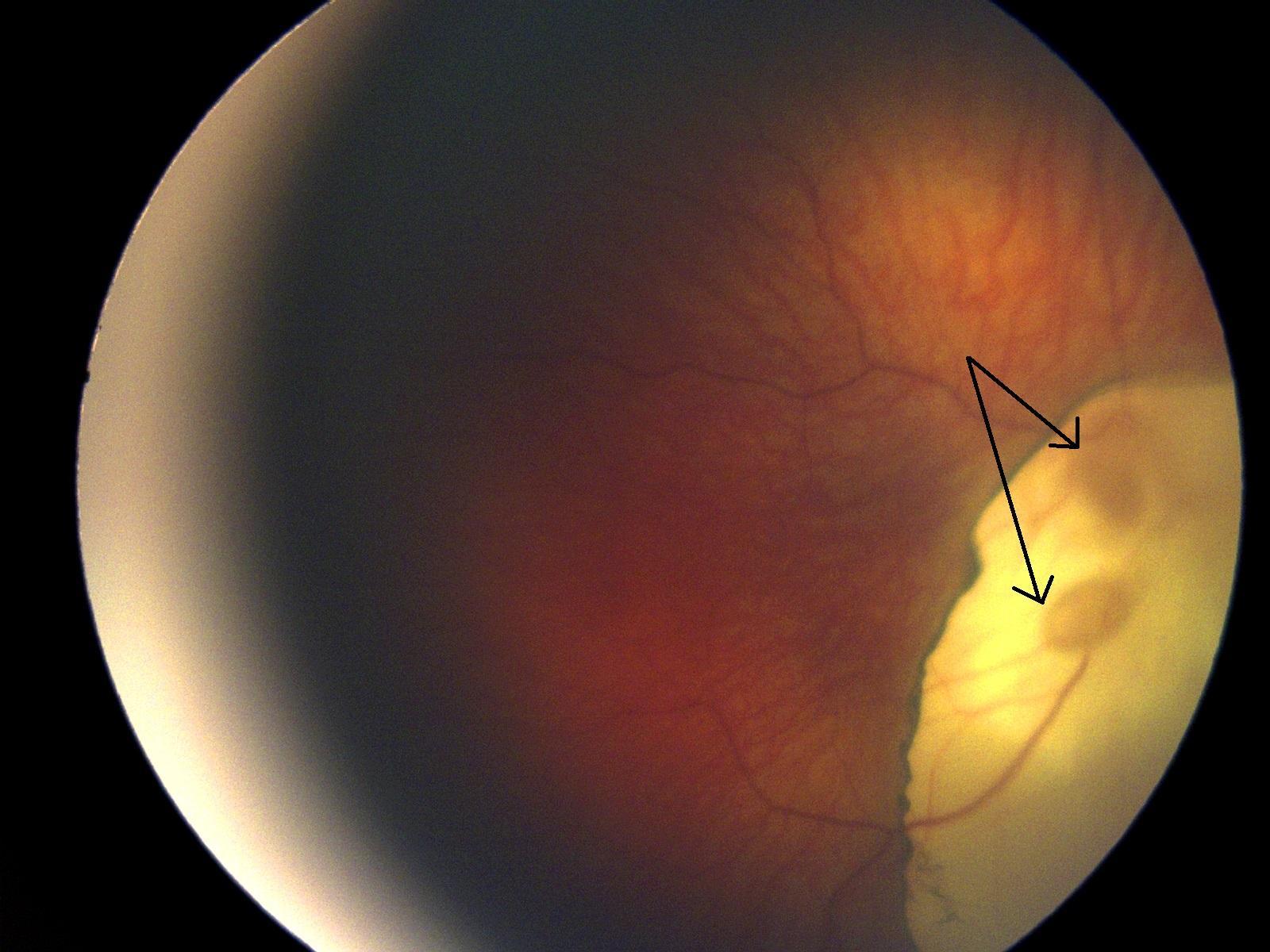 This 9 day old baby girl was born full term, at 37 weeks and 3090 grams. Using RET Cam portrait imaging, iris colobomas were observed in both eyes (see arrow in Figure 1). An iris coloboma is a hole or defect of the iris of the eye, giving the pupil an irregular shape (see example in Figure 2, courtesy of the University of Iowa Ophthalmology Department). In this case, this baby’s iris colobomas caused irregularly shaped pupils in both eyes. There were also mild cataracts in both eyes, leading to hazy view in both eyes. Both eyes also had tunica vasculosa lentis, a network of capillaries on the posterior surface of the lens capsule. Note the hazy view in Figure 3.
Using RET Cam fundus imaging, there were inferior optic nerve retinal colobomas in both eyes observed (see arrow in Figure 3). The optic nerves were split as well. A retinal coloboma can cause a blind spot in the area of coloboma, or missing tissue.

Colobomas can be caused by chromosomal abnormalities affecting one or more genes involved in the development of the eye. The risk of colobomas can also be increased by external or environmental factors, such as exposure to alcohol. Individuals with colobomas are also at risk for CHARGE syndrome, an abbreviation including Coloboma, Heart defects, Atresia chroanae, Retardation of growth, Genital abnormalities, and Ear abnormalities.